Let’s start without using any tools. The complete of hexadecimal characters we could possibly use in an exploit is shown below: 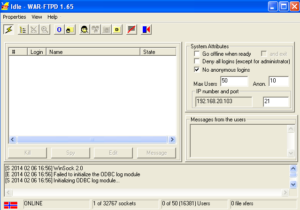 Connect to it with Immunity Debugger. My examples in this post are running on Windows XP SP3, but since all we will be doing is crashing the apps and looking for bad characters, another version of Windows will work.

Run the exploit over the network to cause a crash in War-FTP as shown below. 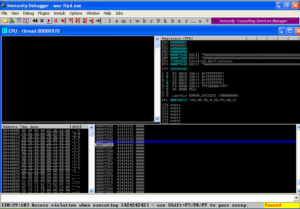 Again we crash the program while trying to execute 42424242, but if we look at the stack, our badchars and the rest of the A’s are nowhere to be found.

The first character in badchars is Null, which is commonly a bad character since it terminates strings. No doubt our username variable is processed by War-FTP as a string, and the program considers the Null to be the end of our username. Since we put our badchars variable after the saved return pointer overwrite we were still able to get a crash even though the rest of our attack string disappeared. This illustrates why it’s a good practice to put the bad chars variable after the characters that cause the crash. If we had started our attack string with badchars, we may not have gotten a crash at all.

Let’s try this again removing Null from the beginning of the bad chars variable. 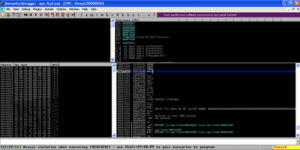 Now with 0A removed, 0B and 0C print properly, but 0D corrupts and terminates the badchars string.

This time we don’t even get a crash. Instead the app writes back:

Unfortunately, for this particular app we will need to do a little critical thinking about how FTP login works to find the next bad character. The syntax for FTP logins is username@server, so when I login with the username Georgia it is processed as Georgia@192.168.20.103. So if @(40) is part of the username it will be processed as AAAAAAA…@….AAAAA@192.168.20.103 breaking the FTP spec. Let’s try removing 40 from badchars and see if that fixes the problem.

The bad characters for War-FTP are hex 00 0a 0d and 40. We had to find 40 with logic, but if we apply logic to 00,0a, and 0d, they make sense as well. Line feed and carriage return denote the end of the line, and the program likely sees that as the end of the username entry. Likewise the null byte denotes the end of a string.

Though there’s no way to use a program for critical thinking, we can use Mona.py to automate the tedious byte by byte comparisons with the Mona.py plugin for Immunity Debugger.

Let’s start with the full character array again and use Mona.py to find the bad characters in War-FTP.

This tells Mona.py where to log all its output.

Now we need to generate a byte array for comparison. In Immunity Debugger run the command

while attached to the War-FTP process.

This will create the entire character array from 00 to FF in .bin format for comparison. Note that the .bin file needs to exactly match the bad character string you add to the exploit. Any changes you make to the string will need to be changed in the .bin file as well for Mona.py to be able to work correctly.

Open C:\logs\war-ftpd\bytearray.txt and drop the bytearray into your exploit. This will replace any missing characters we took out in the previous exercise.

Now run the updated exploit. Take note of the memory address where the badchars string should begin on the stack : 00AFFD44.

Mona.py find 00 as a bad character. 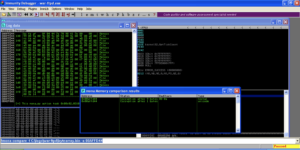 More detailed output of !mona compare is included is logged in the file C:\logs\war-ftpd\compare.txt. In compare.txt each memory address has a table that contains info about what is in the file and what is in memory, indicating the differences, and a table that summarizes the changes and indicates what are the bad characters found in the current run. In the first “Comparison results” table, if there is a 100% match between what is in the file vs what is in memory, you won’t see anything in the “Memory” row. In the summary table below the “comparison results” table, you can see a summary of the corruptions found, as well as the possibly bad chars and the bytes that were already omitted.

Now create the byte array with 00 and 0a as bad characters.

Remember the next bad character 40 caused the program to reject the username, so you will need to tell Mona.py to remove the 40 as well when we build the next bytearray with Mona.py.

Update the exploit accordingly and run it.

In the War-FTP example we had plenty of space after the saved return pointer overwrite to put our entire badchar string in the exploit string. Now let’s look at an example where we do not have the necessary 256 characters to work with. In Chapter 19 of my book we fuzz and build a Metasploit module for 3com TFTP 2.0.1.

To install 3com TFTP copy 3CTftpSvc and 3comTftpSvcCtrl to C:\WINDOWS. 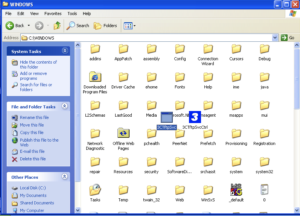 Open 3CTftpSvcCtrl (blue 3 icon) and click Install Service followed by Start Service. You will need to return here to restart the service after a crash. 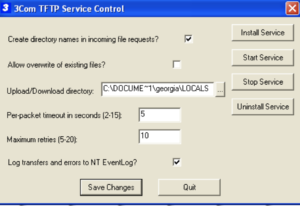 The code below will crash 3com TFTP with BBBB in EIP.

We are going to need 256 characters for our bad character string, but if we try to up the C’s at the end just a little to 50, the program doesn’t even crash anymore. Clearly we will not be able to fit the entire 256 characters after the saved return pointer overwrite.

We can tell Mona.py to only create part of the byte array at a time. For example,

will create a byte array of 01 through 1f. Add the byte array to the exploit as in the previous example.

Run the exploit then find the correct memory address in the stack just after the 42424242 saved return pointer overwrite. Then run

You will see that all of the bytes have printed correctly.

which will create a byte array of 20 through 3f. And so on and so forth until you have tried the entire character set.

Pivoting a Shell through Android with SMS
January 14, 2014